20 Things Nobody Tells You When You Graduate College 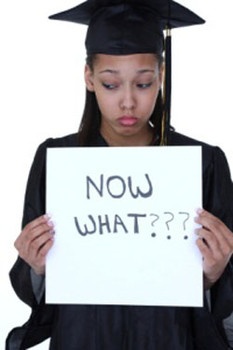 Congratulations! We are proud to call you alumni of University of Southern California. I'm sure many of you are wondering now that college is over...now what?

1. The Real World is More Fun Than Grumpy Adults Have Ever Told You


Don’t listen to people in their 40s who act like the best part of your life ends the minute you get your diploma. Is the real world all cotton candy and unicorn rides? No. But sometimes, misery loves company and recruits it too. When you start a new job there will inevitably be a group of people there who don’t like their job and don’t like being an adult. Avoid these people like the plague. They’ve bought into the cultural lie that a “job is just a job” and that you should only work for the weekend. Nonsense. Your job can be meaningful. Your weekdays can matter.

2. One of Your Friends Will Be Instantly Successful


They will move to New York or San Francisco and make finding a great job seem easy. They will earn the kind of money that allows you to pay for your own HBOGo pass instead of stealing your parents’. You will hate them at least a little bit because watching their meteoric rise through the filtered window of social media will make you feel like it will never happen for you. Don’t get caught in the trap of comparison.

3. Your First Job Might Not Involve your Major in a Major Way


That’s only a minor problem though. You have 40 years to reunite your job with your major — or to find out your major may not have major bearing on what you do in life.

4. Your 20s are Lonelier Than you Think They’ll Be


They’re glamorized in culture, presented as the time of your life. As you bingewatch an entire season of House of Cards on Netflix, you will wonder, Is every other person my age at an amazing party right now that I didn’t know about? They’re not. The truth is, when you leave college, you leave the tightest, largest concentration of people who are your age. Suddenly, you’re scattered around the country and community won’t involve walking out onto the quad. You’ll have to fight for it. That’s not failure, that’s reality. Seek it out. It’s not easy to make friends as an adult but it’s definitely possible if you’ll be brave.

5. Being an Adult Comes with an Obscene Amount of Paperwork


Stay on top of it. Taxes, 401K enrollment, healthcare, apartment contracts… Prepare to be awash in forms that make the Apple iTunes agreement seem pleasant. Don’t ignore the paperwork. I once did and assumed the company I worked for would handle a healthcare issue I had. (I thought I had kidney stones; turns out it was just an ultimate Frisbee injury. What an adult I was!) I threw the paperwork in the trash. I didn’t think anything of it until years later when a collection agency came after me for $81 and my credit was garbage.

6. Your Generation Gets Unfairly Labeled for Entitlement - Don’t Accept That

Be humble at work. Show up with questions and a willingness to learn. Don’t act like you know everything already. You don’t, but you know what? Neither do we. People my age and the generations older than I am are a little afraid of you sometimes. We’re scared of the technologies you might know about that we’ve never even heard of. We don’t want to look dumb when we ask, “What is YikYak?” The truth is, we need you, just like you need us.


Roughly 93% of your job depends on your ability to do this. You might have been able to tune out in a class of 400 people for an hour but if you try that in a meeting at work, people are going to notice. Don’t text under the table with your phone either. We can see you.


The other 7% of your job will be managing email. I sure wish it wasn’t because I hate email. (In fact, if you want to give me feedback about this article, just tweet me @JonAcuff instead. Feel free to say, “@JonAcuff your commencement tips are awesome/suck” depending on how you think it’s going.) You have to communicate clearly in your emails. You need to respond to your managers and coworkers quickly. You need to stay out of stupid passive-aggressive traps, like CCing someone’s superior, as a veiled threat. Work your inbox like it’s your job. Because it is.


You don’t have mortgages or kids or other responsibilities yet. Want to go abroad for a year and make a micro-salary teaching English? Want to start a business specializing in a heritage breed of rabbits for hipsters who are tired of suburban chickens already? Go for it. What’s the worst that can happen? You try it for a year, it fails and now you’re 23. You’ve got the rest of your life to play it safe.

10. Don’t Put Off Your College Loans


The 9,000-pound elephant/gorilla/large scary animal in the corner is your student loans. Sallie Mae doesn’t mess around. Ignoring that you owe money doesn’t make the loans go away. Paying them back does.

11. Hold Your Money with an Open Hand


Money is a something that pretends to be everything. It’s perfectly fine to take a job for a few years just to pay the bills and get by. There’s nobility in that. As your career progresses though, be careful that you don’t chase money at the exclusion of everything else. The amount of cash that will make you perfectly happy is always a “little more.” It’s a never-ending chase that has hollowed out many a 40-year-old.

12. If You Move Home, Make Sure You Bring an Exit Strategy with You


Pay rent to your parents. Do your own laundry. Buy your own food. Have a deadline for how long you’re going to stay there. Home is comfortable but the distance between comfortable and complacent is surprisingly short. Just because you’re sleeping in the same room you had in middle school doesn’t mean you have to act like an adolescent. And if anyone tries to make you feel ashamed to be living at home with your parents, don’t listen to them.

13. Don’t Spend All Your Time with Idiots and Then Wonder Why It’s Hard to Meet Someone Great to Date


If you moved to the desert and then told me the kayaking there is terrible, I would agree. Then I’d ask why you expected sand dunes to offer optimal water sports. “Become the kind of person you want to be with” might be clichéd advice best suited to Hallmark cards, but “Go where the people you want to be like are” isn’t.

14. Don’t Ask to Work from Home the First Week of Your New Job


Though more companies are offering that option, it’s still a privilege, not a right.

15. Jump Into the Wild West of Side Jobs


The days of having the same job for 40 years and then getting a gold watch when you retire are over. Hooray! Your job won’t be limited or defined by geography. The Internet has leveled the playing field. Anyone can connect with anyone. You don’t need a physical storefront or even a physical product to start a business. Your ability to make money will only be limited by your ability to hustle.

16. Figure Out Which Part of Your Career Needs the Most Work


The best careers and biggest adventures are determined by our ability to invest in four distinct things: Relationships, Skills, Character and Hustle.


Just because your formal education might have ended doesn’t mean you should stop learning. If you don’t keep old skills sharp and continue learning new ones your career will become obsolete.


Every industry is smaller than you think. Do your best to leave as many relationships intact at every job you have. Chances are, you’ll work with a lot of the same people again during your career.

19. Put Your Phone Down When You’re Talking to Someone

Nothing says “this job doesn’t matter to me” like staring into your phone when you’re having a face-to-face conversation with a coworker. Want a simple way to build the kind of character that will serve you for a lifetime? Ignore your phone instead of the people you’re with.


You are going to start at the bottom. That’s OK. Put your pride aside and recognize this as a starting point. This isn’t your final job, it’s your first job. You’ve got one foot on the ladder and now you get to climb it. Give yourself time and be patient.

Welcome to the real world, where people who are almost 40 reference Drake in a thinly veiled attempt to seem hip. I’m not. I need you to teach me about what’s coming next. So does everyone else.

Congratulations on joining the real world.

We’ve been waiting for you.